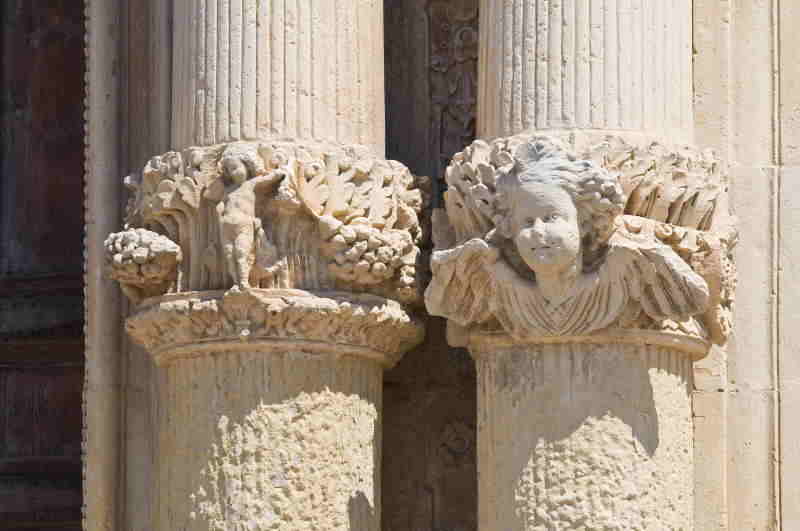 For those who wish to travel to Puglia to marvel at the beautiful Baroque architecture, a visit to Galatina should be high on your list of places to add to their Puglia itinerary. Located just to the south of Lecce, Galatina prospered during the 17th century which resulted in the fine examples of Baroque architecture we see today. But a visit to Galatina isn’t just about admiring buildings. Despite its small size, it’s a town filled with culture, making it a fantastic place to visit as part of your Puglia vacation.

As you’ll see, Galatina has a number of beautiful sights for you to see, but these aren’t the only reason to take a tour of Galatina. The town has plenty of bars, restaurants, and boutiques which add the Galatina’s vibrant atmosphere, and they’ll certainly keep you busy for quite a few hours.

Galatina – What to See 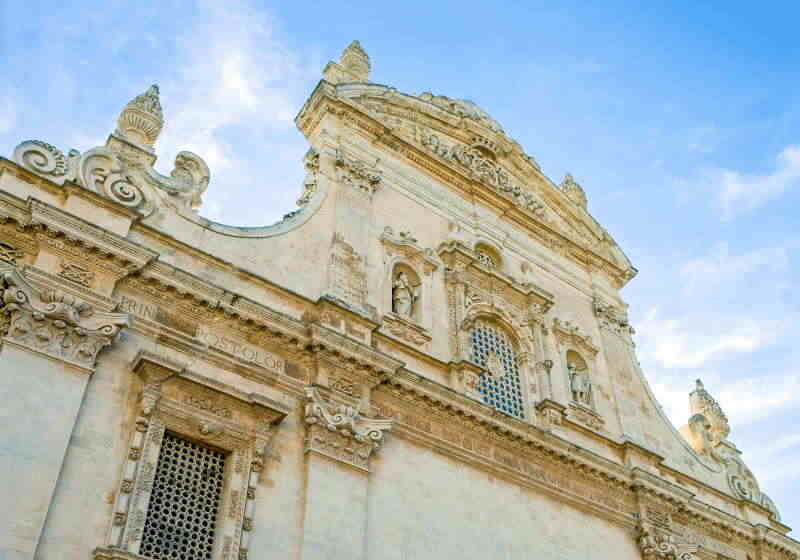 A Galatina must-see, the Church is San Pietro is considered to be the mother church of the town; Galatina was originally named San Pietro. Built in 1633, the Baroque facade fits in perfectly with the other surrounding buildings and is particularly picturesque. Once you get inside, you’ll see that the church is split into three naves which are separated by simply beautiful arches sitting upon marble pillars. Inside you can also see various sculptures and paintings dating back to the 16th and 17th centuries.

The small church of San Paolo is relatively unremarkable, but there is one key feature here which makes the church worthy of a visit. The church houses a well which is said to have amazing healing powers; if you have been bitten by a venomous tarantula, the waters from the well will cure you.

Located close to the war memorial, La Pupa – or Lady without Light – is a wonderful bronze fountain created by local sculptor Gaetano Martinez. It’s particularly pretty in the evening when it’s all lit up. 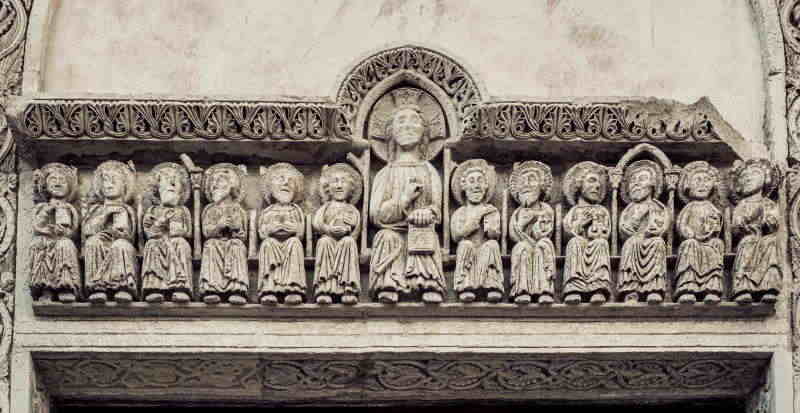 Perhaps the most stunning church in the whole town – making it another Galatina must-see – is the Basilica of Santa Caterina d’Alessandria, well-known for its impressive frescoes. The basilica itself is a rare example of Gothic architecture in the town and its facade features a beautiful rose window and a carved lintel depicting the Christ and the apostles.

However, it’s the interior that will really astound you. The frescoes here – painted by disciples of Giotti – have been described as a ‘poor man’s Bible’, and were used as a way of locals understanding the stories of the Bible before the ability to read was commonplace.

What to do: try the local pastries! 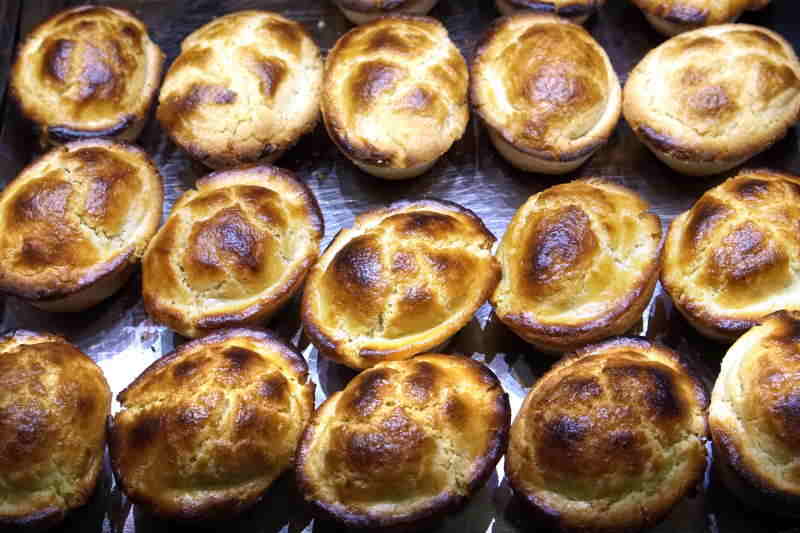 Walking around Galatina first thing in the morning, you’ll smell the delicious aroma of freshly baked pasticciotti. While you may find this tasty filled Italian pastry in many parts of Italy, the invention of the pasticciotti is allegedly credited to a pastry chef in Galatina called Andrea Ascalone who, in 1745, used leftovers from torta to create smaller pies.

According to legend, Ascalone came up with the name pasticciotti himself; it comes from the Italian word ‘pasticcio’, meaning ‘mishap’. The traditional fillings of pasticciotti include custard and ricotta, but you can find some more unusual fillings such as almond, pistachio and chocolate. When you visit Galatina, you must try at least one of these amazing pastries.

When you visit Galatina, make sure to visit "Ascalone" and try their freshly baked pasticciotti amazing pasticciotti.

Like many destinations in Puglia, Galatina is ideally placed to enjoy the surrounding wine region, and combining your visit to Galatina with such a tour is the perfect day trip. Here at Puglialy, we can help you tailor a tour Galatina which includes a visit to a winery where you can sample some of the best wines that the region has to offer.

If you really want to immerse yourself in Galatina culture, you should make sure you catch a performance of the pizzica. This traditional folk dance is performed in pairs and made up of fast jumping steps and non-stop spins to the beat of tambourines. The pizzica is based on an ancient therapeutic dance form known as Tarantism, thought to be linked to the Dionysian rites of ancient Greece. In the past, if locals had been bitten by tarantulas, they would head to the Church of San Paolo to partake of the healing waters, and it was believed that dancing this dance cured the delirium caused by the bites. If you happen to be travelling to Galatina in June, an annual festival is held to celebrate the ritual of tarantism with lots of dancing and music.