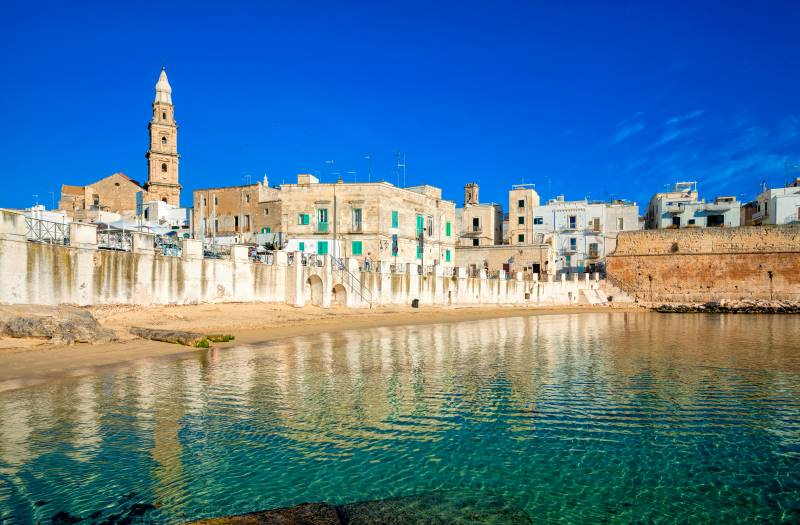 Located on the Adriatic coast between Ostuni and Polignano a Mare, Monopoli is a vibrant and picturesque town that is full of surprises. The town draws many visitors every year with its authentic atmosphere, classy restaurants, and colourful, lively harbour, making it a great place for a day trip when on a tour of Puglia

The origins of this ancient town date back to the 5th century BC. Due to its unique positioning along the coast, Monopoli has long been a safe haven for travellers, fishermen, pilgrims and hikers. When you visit Monopoli as part of your private tour of Puglia, you will discover an unforgettable town full of historical buildings which reflect the town’s long history, such as the Baroque Cathedral of Our Lady of Madia, the town’s most splendid and important landmark, and the wonderful castle of Charles V, the symbol of the city.

But Monopoli is so much more than its history. The town has a plethora of fine restaurants and stylish bars, some of them overlooking the harbour with its many colourful fishing boats, and is the perfect place to enjoy a unique and tranquil Mediterranean atmosphere.

VISIT MONOPOLI: WHAT TO SEE 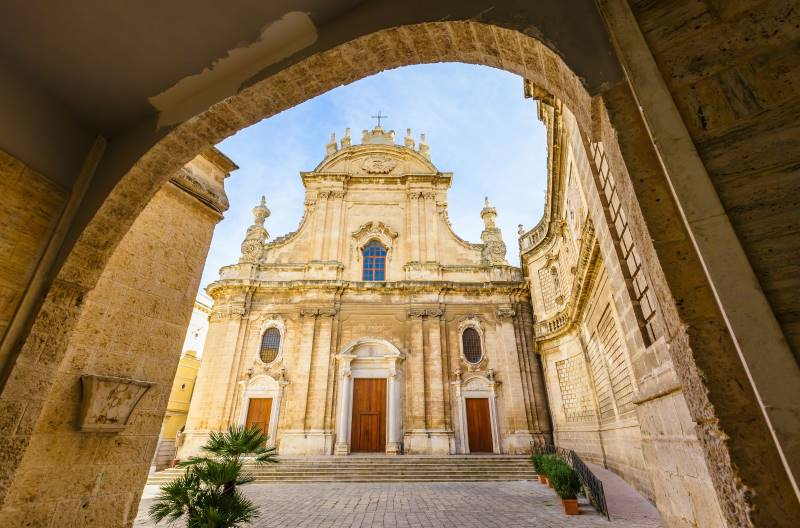 Originally the site of a Romanesque church dating back to the 12th century, Monopoli Cathedral was built during the 1700s. On your visit here, as you approach the main altar you will see the Byzantine icon of the Madonna della Madia.

According to legend, the icon arrived in the harbour of Monopoli on a raft on the night of 15th December 1117, which the locals thought to be a miracle. Prior to the icon arriving, work on the church had been halted due to lack of roof beams; the locals then used the wood from the beams to complete the construction.

Every year the locals celebrate this miracle with a boat procession during the cold December nights. The cathedral also houses beautiful marble altars and relics of saints. We will then visit the elegant Baroque bell tower located close to the cathedral. 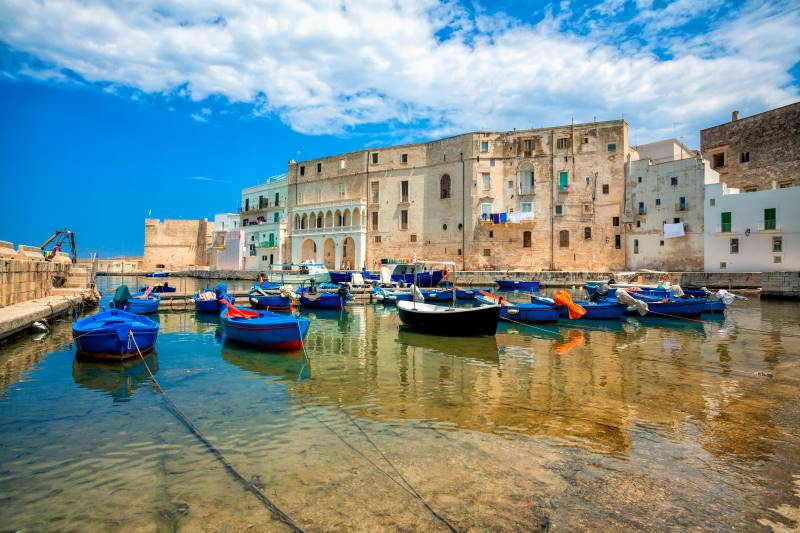 As well as being a picturesque coastal town, Monopoli was also a military stronghold and was heavily fortified during the 16th century. Nowadays, you can still see the seafront walls and the majestic Charles V castle, which frequently hosts temporary exhibitions and which you can visit while on your tour of Monopoli.

At the end of the defensive walls you will also find a spectacular, small beach; this beach is a popular spot with locals and visitors alike to enjoy the sun and bathe in the crystal clear waters of the Adriatic Sea. 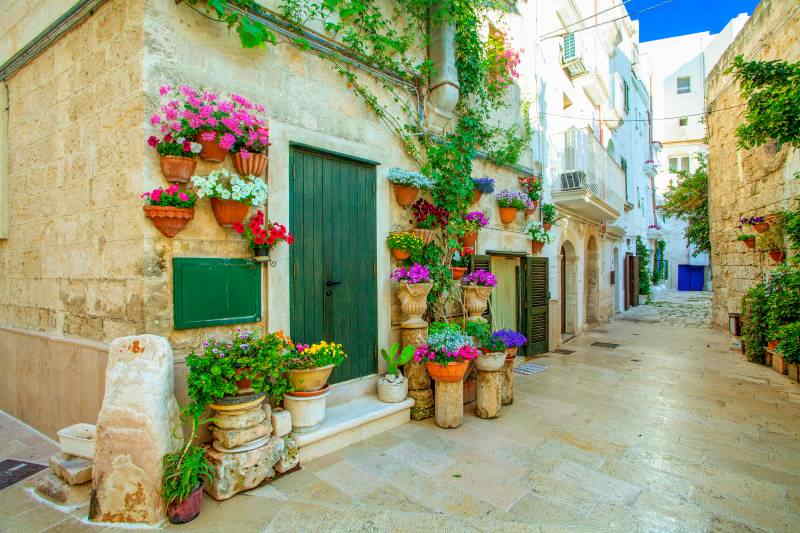 Monopoli’s old town is a labyrinth of well-kept, quaint alleyways and streets, and has remained authentic to the Monopoli style; it is still mostly inhabited by the locals, known as Monopolitani. Monopoli has very old roots which date back to Pre-Roman times, when the town used to be a Messapian town.

The old town faces out towards the Adriatic, with its stunning harbour full of fishermen and fishing boats, and its historic palazzi overlooking the sea. The fishing industry is still strong here, and as we walk along the harbour we will see fishermen working on their boats or selling fresh fish to the locals.

Located in the historic centre of Monopoli, the Palmieri Palace is a magnificent building built in the Lecce Baroque style and features a spectacular stone fountain. Built for the important noble Palmieri family, inside are a series of rooms and halls, including the gallery, which now houses collections of art and antiques.

Just like the city of Bari, Monopoli also has a new town which dates back to the times of Joachim Murat during the 19th century. Known as ‘the Dandy King’, Murat was a daring, charismatic military officer who also served as King of Naples during the beginning of the 19th century, and it was he who erected the Murat Quarter we see today. Here you will see rich palazzi and plenty of shops and boutiques, a wonderful place to spend some leisure time when on your private day tour in Monopoli.

By the harbour we will find the lighthouse of Monopoli. We will learn about the history of the lighthouse, but the best thing about visiting here is the amazing views it offers over the Adriatic Sea; it is highly recommended to visit either at sunrise or sunset to enjoy the fabulous view.

Because of its location on the Adriatic coast, it won’t surprise you that Monopoli has an abundance of fresh fish and seafood brought in by fishermen every day, and the town is the perfect place to come if you’re a fan of seafood. There are plenty of excellent seafood restaurants serving fresh fish bought daily from the local fish market.

It is highly recommended that you do as the locals do; once you’ve eaten at one of the fabulous restaurants, go for a relaxing walk along the sea promenade and then enjoy a delicious espresso coffee by the sea in one of the many bars of the town.

To discover more about the history of Monopoli, visit the archaeological museum housed in the cathedral.

On your tour of Monopoli we will recommend some great local seafood trattoria.